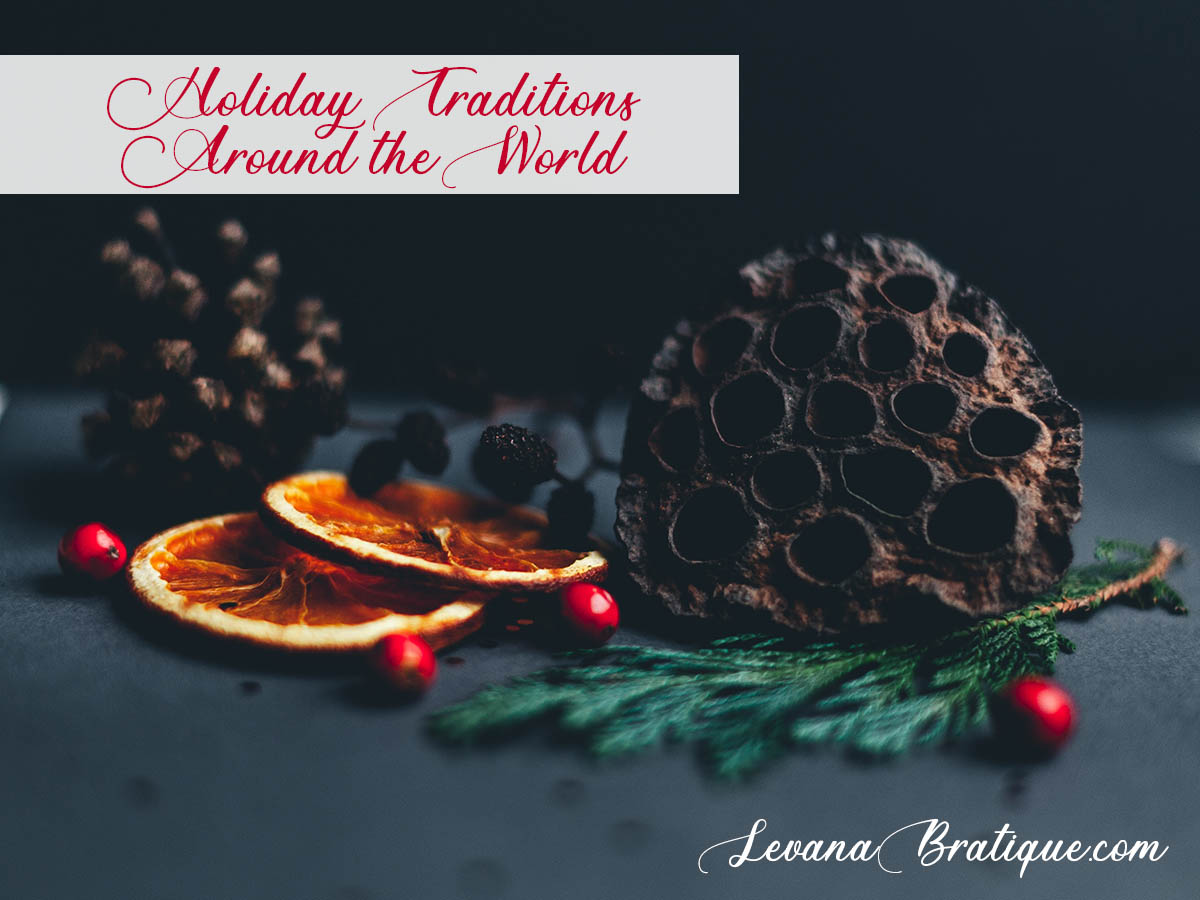 We love learning about cultures different from our own, so let’s continue our tour of the best bra makers from around the world by taking a look at the holiday traditions from some of these countries.

Ewa Michalak from Poland:
At the beginning of the meal, a large wafer biscuit called an 'Oplatek', which has a picture of Mary, Joseph and Jesus on it, is passed around the table and everyone breaks a piece off and eats it. Sometimes a small piece may be given to any farm animals or pets that the family may have. A place is often left empty at the meal table, for an unexpected guest. Polish people say that no one should be alone or hungry, therefore if someone unexpectedly knocks on the door they are welcomed.

Freya, Elomi, Panache, BlueBella, and Gossard from the UK:
The UK is famous for Christmas Cake - some people love it and some people really don't like it! It's traditionally a rich fruit cake covered with marzipan and icing - and often topped with Christmas themed cake decorations like a spring of holly.

Cake Lingerie and Booby Tape from Australia:
In Australia, Christmas comes in the towards the beginning of the summer holidays! Children have their summer holidays from mid December to early February, so, it makes sense that they have BBQs and kangaroos in their Christmas traditions. Yup, Santa swaps his reindeer for "six white boomers" or kangaroos or even rides over on a surfboard!

Anita and Triumph from Germany:
On the 6th of December, families celebrate Saint Nicholas Day. Some children hope that 'der Nikolaus' (St. Nicholas) will bring some small gifts, such as sweets and chocolate. He comes in the night between the 5th and the 6th and puts the presents into the shoes of children, who usually place them by their doors. In some regions of Germany, there is a character called "Krampus" who accompanies St. Nicholas. Krampus is a big monster clothed in rags, carrying chains, and meant to punish the children who have been bad! (Ummm…is this terrifying to anyone else?) Although 'der Nikolaus' visits in December, he's not officially part of Christmas.

Janira from Spain:
In Spain, the Christmas holiday season is full of the usual Christmas festivities, but there is one tradition in some parts of Spain that is not common elsewhere. Named "Hogueras" (bonfires), this tradition originated long before Christmas itself. It is the observance of the winter solstice, the shortest day of the year and the beginning of winter, and it’s characterized by people jumping over fires as a symbolic protection against illness.

PumpEase from Canada:
There is an actual postal code used in Canada to send letters to the North Pole: H0H 0H0. Unfortunately, since there is no centralized address, thousand of volunteers help out the Canada Post to respond to the letters received, even in Braille. (Love this!!!)

Goddess and BraBar from the US:
Santa Claus was first introduced in the settled United States by the Pennsylvania Dutch, who called him Kris Kringle or “Chriskind.” These days, Santa lives in the North Pole, where he creates his special Christmas magic in his winter wonderland workshop. On Christmas Eve, he climbs down the chimney, bringing his bounty to boys and girls everywhere.

What are some of your favorite holiday traditions? One of mine is our whole family always gets together one Saturday in December to bake and decorate cookies. As a little girl, I remember my grandmother stirring the cookie dough by hand in this giant ceramic bowl, that I only saw come out that one day a year. We still use that bowl now, and I love seeing my kids’ little hands sneaking swipes of dough or icing from the rim of that bowl, just like I used to.

Photo by Anna Popović on Unsplash