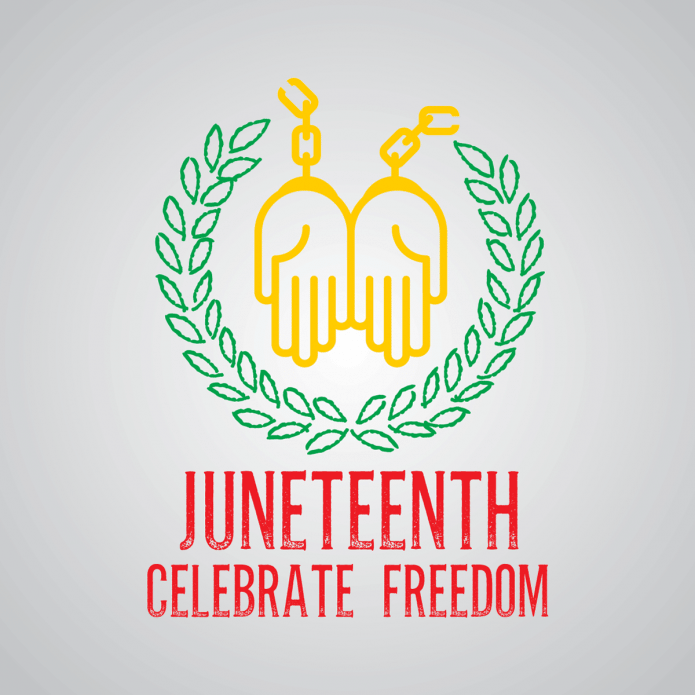 Juneteenth (the combining of ‘June’ and ‘Nineteenth’) is the oldest known celebration to commemorate the ending of slavery in the United States. Perhaps you’ve heard of it, but don’t totally understand it’s significance.

Juneteenth marks the day in 1865 when enslaved people in Galveston, Texas — the last Black slaves in the U.S. — learned they were finally freed after the Civil War ended on April 9, 1865.

In this great article that goes more in depth about Juneteenth and the legacy of slavery, Karlos Hill states, “As a nation, as a collective, we’ve never really acknowledged the 250-plus years of slavery, and the depth of it, and the trauma it caused and the wealth it created. We haven’t really had an accounting for that.”

President Abraham Lincoln had issued the Emancipation Proclamation over two years earlier on September 22, 1862, in which he freed the slaves in the “rebellious states” and technically ended 244 years of slavery in America.

So why did it take so long for the word to spread? According to juneteenth.com, there is no one reason why there was a 2½-year delay in letting Texas know about the abolition of slavery in the United States. The historical site said some accounts place the delay on a messenger who was murdered on his way to Texas with the news, while others say the news was deliberately withheld by slaveowners until after the harvest.

Regardless, on June 19, 1865 a Union general arrived in Galveston, Texas, with some big news.

"The people of Texas are informed that, in accordance with a proclamation from the Executive of the United States, all slaves are free," Maj. Gen. Gordon Granger declared in a general order. "This involves an absolute equality of personal rights and rights of property between former masters and slaves, and the connection heretofore existing between them becomes that between employer and hired labor.”

Today, Juneteenth is recognized as an official state holiday in 45 states. Pennsylvania should soon be added to the list: The state House unanimously passed the bill last month, and the Senate unanimously passed it Wednesday. Governor Tom Wolf is expected to sign the bill on June 19, officially making it Juneteenth National Freedom Day.

If you’re looking for ways to celebrate in the Pittsburgh area, check out the Western PA Juneteenth Celebration and Black Music Fest at Point State Park on June 29 and 30.