I am the mama of two kids, both of whom entered our family in a bit of a nontraditional way. I was a foster parent; I received a phone call, and a few hours later picked up my babies from the NICU. There are adoption stories in which the adoptive mama was able to induce lactation, and breastfeed her baby, even though that baby hadn’t grown in her womb.

Mine isn’t one of them. 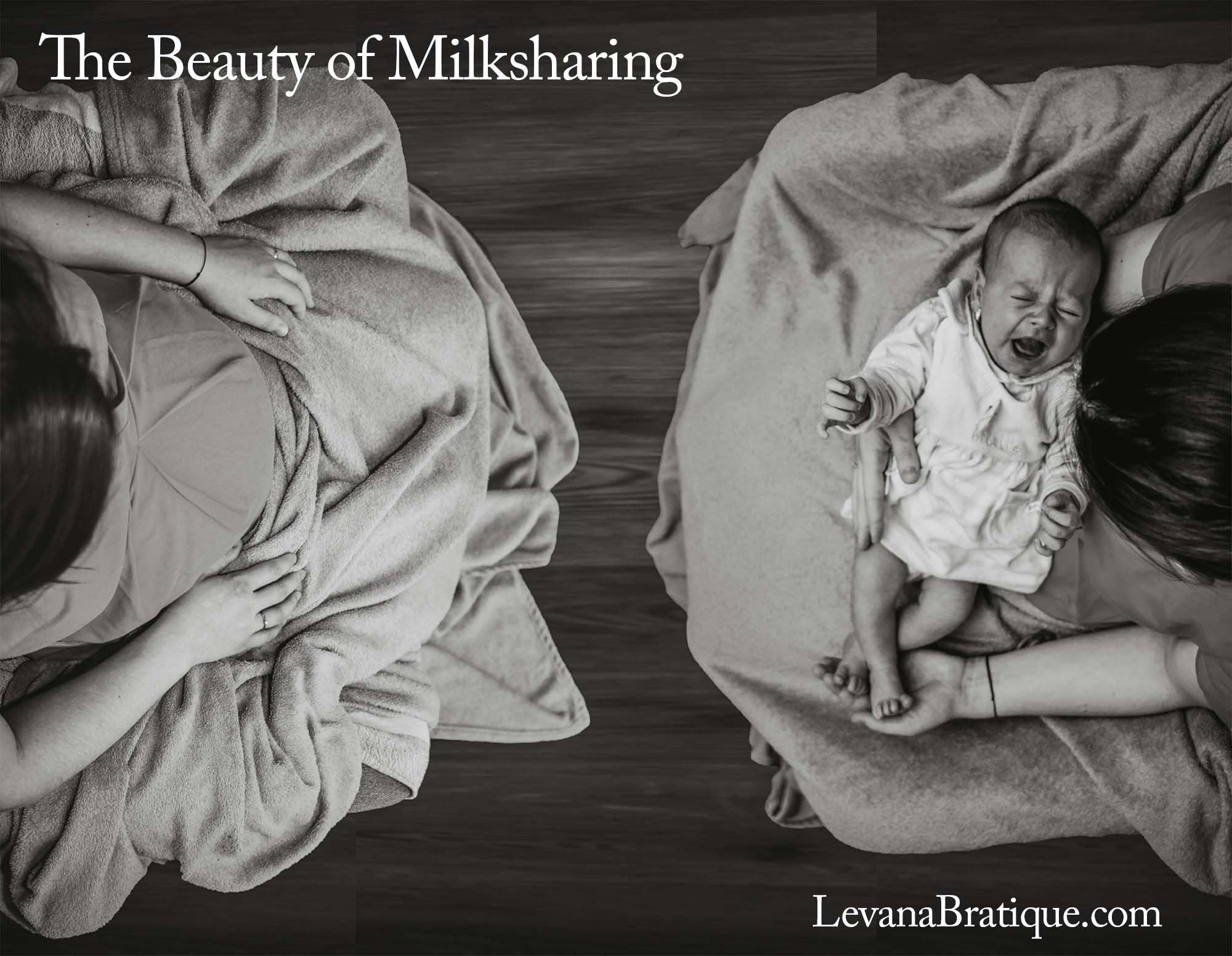 When I had my double mastectomy, one of the losses I mourned was my ability to breastfeed my future children. My friends who breastfed marveled at their bodies’ ability to first grow- and then nourish and sustain- life. I knew the many benefits of breastmilk. I saw the tender bonds that nursing built. And I felt real loss knowing I’d never be able to experience that.

Through the months of training to become a foster parent, it became clear that most foster placements were of older children- toddlers, preschoolers, school age kids. I never dreamed we’d bring home a newborn. I thought our kids would come to us already walking and talking and telling us what they wanted to eat- that we would skip the breast or bottle feeding part altogether.

So when our first placement call from our agency was for a newborn, I was stunned. Ultimately, both of our kids spent time in the NICU before coming home to us. With both of them I was able to start them on donated breast milk within a few days of bringing them home, and keep them on it until we weaned them around 15 months old. Between 30 total months of procuring donated breastmilk for both kids, we had probably 30 or 40 total donors. It was truly amazing- we were even able to get colostrum and early milk for their first days. Some mamas donated once, some a few times, and others became treasured repeat monthly donors. The smallest amount I ever picked up was 4 ounces of colostrum from a brand new mama, and the largest amount was close to 2,000 ounces from a super producing mama that I drove 7 hours round trip to meet. My car was constantly packed with insulated coolers and ice packs, and my husband soon became comfortable making the ‘milk runs’ too- meeting moms (and sometimes dads) at their homes or in parking lots around the city for the exchange.

Sometimes we’d stop and chat, comparing notes or sharing anecdotes about motherhood, and sometimes it would be a quick exchange as one or both parties were off to run other errands. I cannot tell you how thankful and grateful I was (and continue to be) to each and every mama that donated their precious milk to feed my babies. They gave my babies something I was not able to. And they did it so selflessly- no one ever asked for compensation for the time and effort put into it. I always offered to replace their milk storage bags, but no money ever exchanged hands. That this community of strangers would so readily offer something so personal and precious to another family in need was the sweetest welcome to motherhood I could have received. It let me know that in spite of all of my fears and anxieties, I had just entered this supportive, amazing community, and somehow everything was going to be alright.

I reached out to two of the mamas that donated to my kiddos to see what milk donation was like from their perspective:

What made you decide to donate your breast milk?

"The first weeks of motherhood were difficult for me, and our breastfeeding journey was no exception. I had to really fight for breastfeeding to work.

(I had planned to nurse and had done everything possible in advance - research, called and introduced myself to the local La Leche League contact, I'd even typed up the exact protocol I would need to follow - from the hospital - to expedite my insurance company to send my breast pump. I hired a doula and she got us situated for skin-to-skin and helped my son to latch for the first time.

I was shocked to discover that breastfeeding did not come naturally, was not easy, and that nurses typically preferred to go the bottle route. I knew there was a lactation nurse at the hospital, but I really had to shout from the rooftop to get her full attention. I am not afraid to ask for help and knew how to be an advocate for myself. I demanded her attention and after hours of assistance, I got it - we got it. I also took Mother's Milk tea to the hospital and talked the lactation nurse into helping me to rent a hospital grade pump to use during those first days. I was relentless. I was lucky and I fought for this relationship. Luckily, my body cooperated and my nursing relationship was working.)

I fought that fight and so once we finally got into a successful nursing relationship, I really had an appreciation for it. I knew we were fortunate and when I began to read stories from other mamas, I knew that I could help. Mothers/parents who make that commitment- for whatever reason - need to be supported and other new moms, in the trenches, are really the ones to do it.

I joined some local Facebook groups and discovered that there were many ways to help." -Jenn

"After my first child was born in 2010 I had an oversupply of milk and we were in the midst of a move when she was 4 months old. I spent that summer living with my parents in Maryland while my husband went back to work his seasonal job in Alaska. I called around to local hospitals to see if any of them could accept milk donations because I hated to throw it away. The closest hospital that would take it was in Richmond - much too far. I went online and posted to Human Milk for Human Babies but had no luck there, either, and wound up disposing of the milk I'd pumped. At the time my daughter still drank pumped from a bottle most of the time, due to a poor latch from a lip tie.

In early 2013 I had my second child and I was much more well-connected in the local mother community in Pittsburgh and I got wind of a family in need of donor milk for their adopted daughter, who was very close in age to my own. We got in touch and arranged for them to get all of my extra milk. It was completely informal - I gave a little background about my diet and health and the recipient family was satisfied. I would store milk in my freezer in a bag, and the baby's father would pop in and grab it, often while we weren't home. I loved the idea of a man making milk pickups from donors around the city to help nourish his child and it felt amazing to be able to give something that cost me only some of my time but was so valuable for the health of an infant.

Three years later I had my third baby and, two months later, close friends were notified that there was a baby for them to adopt on the other side of the state. He and my daughter were born nine days apart, so again, a good nutritional match. They were also keeping donor milk and I was more than happy to give them my extra. Again, the father would come by my place of work where I had his stash ready for him in the freezer and refrigerator." -Heather

What was the best part of the experience for you?

"As a new mom, I was shocked at the amount of shaming that goes on and felt very isolated for the first couple months. As I learned about breastmilk donation, I realized that this was an important way that I could support other new parents. I continued to pump, even as a stay-at-home mom, and knew that I could pass the gift on. This was my way to pay it forward. Motherhood is hard and overwhelming and it can feel lonely. The proverbial village is vanishing and the act of donating precious breastmilk to another mom in need felt right and necessary." -Jenn

Any tips or advice you'd like to share with other mamas that may be considering donating their milk?

"If you can, donate. Take care of yourself and your little one(s) first, of course, but if you have the means and can help out another who is trying to navigate (read:survive) new parenthood, then go for it. If you have been lucky enough to make that milk and have excess, consider sharing the love. We all need to better support one another." -Jenn

"For me, it was a relatively simple process. I have a foggy memory of my first experience, but the last time I feel like I had a good system. Every other week the father would make a trip over to my side of town to retrieve the bags that I'd carefully labeled and I always made sure to have a fresh batch that was ready to pour into bottles. Neither of my recipient families had dietary requirements that I couldn't meet, but if they did I would have been willing to adjust my diet to accommodate them. Donating my milk is one of the most rewarding things I've ever done." - Heather

I can’t tell you how much the generosity of these ladies (and all the others) meant to my family. (Thinking about it literally still brings tears to my eyes.) I found my donor milk through what is considered an informal network via word of mouth, and the local chapters of Eats on Feets and Human Milk for Human Babies. Pittsburgh now has a milk bank that provides donor milk to both hospitals and individuals. Whether you are considering donating or are in need of donated milk, please do your research and be informed. It’s also recommended that you never use sites like Craigslist to purchase breast milk, as studies have shown that they have higher levels of bacteria and some have been diluted with cow’s milk or formula.

Resources:
Eats on Feet resources for Informed Breastmilk Sharing (including health considerations, questions/screening tools for donors if you are a recipient, and resources for women interested in donating)

Photo by Sergiu Vălenaș on Unsplash